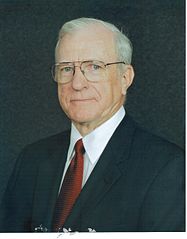 Ernie Angelo has issued a statement of support for me in campaign to be the next Chairman of the Midland County Republican Party.

I could go on and on, instead I’ll direct you to Mr. Angelo’s Wikipedia page where you can read more if you’d like.

Now is the time. I would ask you to join my campaign for Chairman and encourage others to vote for me in the March 4th Republican Primary. I’m the very last name on the ballot, so be sure to look for me at the very end.