So you may ask yourself, just who is Nelson Spear. Well, here is a little more about me. 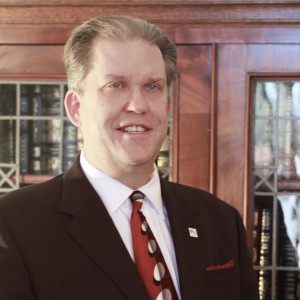 My wife Nancy and I have been married for 22 years. Together we have one son, Dan, who just graduated from high school in May 2013 and now attends Midland College. We are current and active members with Mid Cities Community Church here in Midland. While at Mid-Cities, I have led men’s Bible studies, been active with VBS and with the Intercessory Prayer team.

I have also spent time giving back by volunteering monthly with the Midland Soup Kitchen, with Rotary, where I am a Paul Harris Fellow, and the American Red Cross, as well as a board member for the Salvation Army. 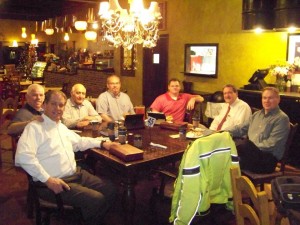 I have been politically active since 1986. I was an intern in the US Senate at that time. Starting with the 1988 election cycle, I have been active in every election cycle since, whether as a volunteer, a donor, a fundraiser, a campaigner or an advisor, I have played my role in supporting strong, principled candidates.

I have also been very active with party politics. I have helped county and state parties raise necessary funds for campaign activities. I served as a delegate to the 1996 Republican National Convention and an alternate to the 2000 Republican National Convention. I have been involved at the grassroots level as a delegate and alternate to several Texas Republican Conventions. I have helped with crafting the party platform at the state convention, including work on The Texas Solution, an answer to our nation’s immigration problem. That plank was also supported by Land Commissioner Jerry Patterson who spoke passionately about the plank on the floor of the convention in June 2012. 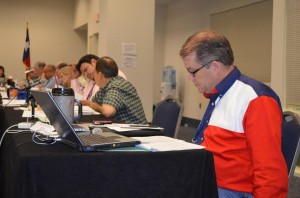 Working at the 2012 RPT Convention

I have been a political writer/blogger and I have been a vocal advocate for conservative principles. I have served on panels and have done interviews on behalf of the party.